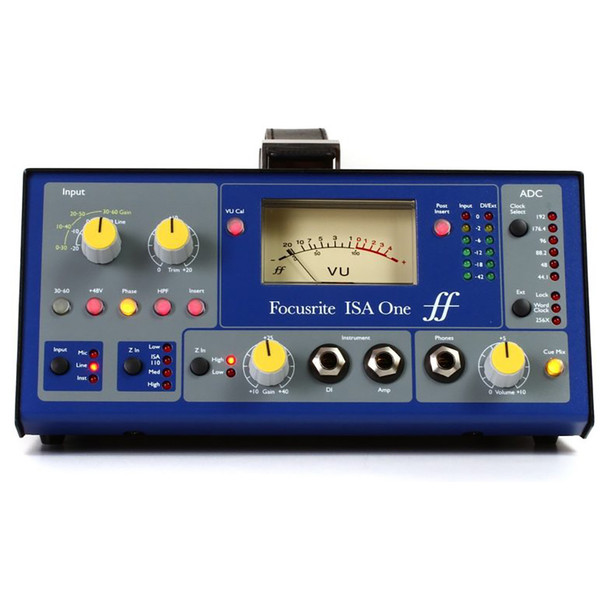 Featuring a rugged, portable all-metal enclosure, ISA One combines the classic Focusrite microphone preamp with a flexible, independent DI channel and optional 192kHz precision A-D conversion. At the heart of the ISA range is the microphone preamplifier with its Lundahl input transformer – essentially the same circuit, based on the original ISA 110, that has been used for 30 years in successive Focusrite designs. The input transformer imparts a special character to the sound that can't be truly emulated in any other way, while the modern twist of variable input impedance allows for a new degree of flexibility.

Whether you're an artist, engineer or producer, you'll appreciate the versatility of the ISA One, with its front-panel DI input. The DI includes low/high impedance switching and an amplifier output, and its own feed to the optional A-D converter and separate rear-panel XLR output.

Fixed 75Hz measured at the 3dB down point